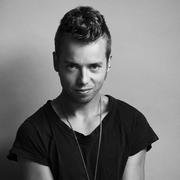 来自丹麦的Mads Langer于06年首发专辑《Attention Please》，3年后的同名专辑《Mads Langer》今年终于发行了。整张专辑流淌着欢愉的气息，Mads Langer的声音温柔而写实，欲扬又抑。配乐简化了繁琐，不禁想到，有时音乐也有季节作别，积极的态度，被寄予了美好希望，明媚且变得美好。吉他声，钢琴声，不动声色的感染城市霓虹，渐渐吞噬。这张《Mads Langer》就是pop风格贴上不一样的标签的一张，试下吧！ There is a lot of water under the bridge since Mads Langer released his debut album Attention Please in 2006.   His second album, there simply is titled Mads Langer is the result of a long journey.  From Plate to Copenhagen and on to New York, Los Angeles, London, Berlin and then on the Danish folk high schools in an old silver-gray Volkswagen.   But above route is likely the shortest distance of the journey. First of all, it has been a personal and musical journey in a roundabout way back to the starting point.   Mads Langer's long road back to itself   Mads Langer was in the Jacuzzi in her hotel room and popped the champagne as a major record label had welcomed him with upon arrival to New York. The world was supposed to lie at his feet, but he could not enjoy it, then in autumn 2006 Instead, he felt lonely and longed for home for the boys, who were watching Champions League football at the local Vesterbro bodega.  "It was not cool., I had come very far away from my starting point as a musician, and life as a rock star-in-waiting was hard to grasp when I in fact felt like a hick from the disc," says the now 25-year-old musician .

Just About Over You - Priscilla Block