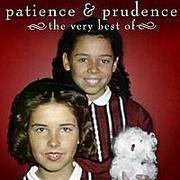 by  John BushThe sister duo Patience and Prudence reached the Top Ten in 1956 with a fluke hit, the ghostly "Tonight You Belong to Me." The daughters of a professional musician -- Mark McIntyre, who accompanied Frank Sinatra on piano during the mid-'40s -- Patience and Prudence McIntyre reportedly learned the song while at summer camp in 1955 (when they were nine and 12, respectively). Their father recognized it as a Billy Rose hit from several decades earlier, and was impressed enough to work up the arrangement as a demo intended for cabaret singer Lisa Kirk (wife of Robert Wells). McIntyre also recorded a version with Patience and Prudence's vocals, strictly for personal reasons, but gave a dub to studio friend Ross Bagdasarian, who passed the record on to Si Waronker of Liberty Records.Waronker loved the song, so Patience and Prudence signed to Liberty and recut the song with overdubs to strengthen their ethereal vocals, then watched as the record soared to number four nationally (with several cover versions eventually coming along). After performing on Perry Como's television show, they chose for a follow-up single "Gonna Get Along Without You Now" (earlier a minor hit for Teresa Brewer), which just missed the Top Ten later in 1956. The duo recorded several more singles -- including a pairing with fellow Liberty act Mike Clifford and several singles for the Chattahoochee label -- but never reached the charts again. They reunited for a 1978 performance on a Dick Clark feature, and earned a surprisingly long lease on life after their songs were used in a pair of films, 1999's Election ("Gonna Get Along Without You Now") and 2001's Ghost World ("A Smile and a Ribbon").

Tonight You Belong to Me - Patience and Prudence

Tonight You Belong To Me - Patience and Prudence