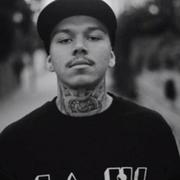 PHORA, one of the few young independent MCs out of Cali who’s lyrical style and beat selection is catching attention from the old to the new generation of Hip Hop.  With a ever growing fan base, and a heavy amount of die hard supporters PHORA plans on making more music for the fans, and for the much needed integrity of Hip Hop.  Demonstrating at a young age in a competitive industry that pushing good music does have it monetary gain, selling out mostly all of his shows in the past few years.  With long term music goals in mind, it will be difficult not to see, or notice PHORA’s name on future projects, videos, and more press releases.  His supporters could tell you that he  is a true “FAN FIRST” independent artist who has already built a reputation of providing inspiration to so many who relate to urban and street culture.  He is currently working on his next release, following his successful “STILL A KID” debut release.

Dancing In The Rain - NCT U