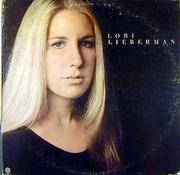 by  Tom DemalonAlthough singer Lori Lieberman has never attracted an audience that ranged beyond a small, devoted following, most people are familiar with her work, even if they are unaware of the fact. Known for her lovely voice and folk-tinged style, it was Leiberman who first performed "Killing Me Softly," reportedly inspired to be written after seeing a performance by Don McLean at the Los Angeles club The Troubadour. After being polished by songwriters Charles Fox and Norman Gimbel, the song later became a massive hit for Roberta Flack in the '70s and an equally successful release for The Fugees two decades later. Leiberman has also been heard by a countless number of American children watching cartoons during the '70s and '80s, providing vocals for several of ABC television's Schoolhouse Rocks' segments. As an artist, she has released a number of album since the early '70s, including Lori Lieberman (1972). Becoming (1973), A Piece Of Time (1974), and Letting Go (1978). Although her releases have become less frequent since that time, she issued Gone Is The Girl in 1998.