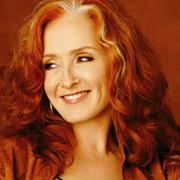 Bonnie Raitt 于 1949年11月8日出生于加利福尼亚的洛杉矶，长大后成为70年代美国优秀的白人布鲁斯与灵歌歌手之一。她的父亲是John Raitt ，曾担任百老汇50 年代几部音乐剧的主角。从她进入拉德克利夫学院就读开始，她就与长期合作者——贝司手 Freebo 一起组成了一个双人演唱组。1970年她和 Wanner Brothers 公司签约，1年后推出了以其名字命名的首张唱片。该唱片和以后的相比不可避免地显得有些粗糙，它吸收了布鲁斯、灵歌、新奥尔良爵士乐以及她自己创作的歌曲。第2张唱片《Give It Up》录制于1972年，是她和woodstock音乐家联袂创作的，其中包括Eric Kaz，他的歌曲《Love Has NO Pride》是该唱片的精彩部分，充分体现了Raitt伤感凄婉的演唱风格。 作为一名著名的波士顿地方歌手，Raitt 与布鲁斯歌手Sippie Wallace一起在1972年安·阿伯爵士音乐节上亮相，并与其他布鲁斯歌手如Otis Rush等共同在一些俱乐部和大学演出。1973年，她和Little Feat乐队的Lowell George合作，在好莱坞录制了一张经典唱片《Takin' My Time》，主要曲目由Randy Newman、Eric Kaz、Mose Allison和Fred McDowell创作。1974年她举办了巡回演出，并录制了唱片《Streetlights》，可惜该唱片令人失望。不过她在1975年和1977年分别推出的《Home Plate》和《Sweet Forgiveness》又恢复了原有水准，后者还是她迄今为止销量最大的唱片。此后，她在 1979 年录制了《The Glow》并和Bumip Band一起在1982年完成了《Green Light》，该乐队的主要成员是前The Faces乐队的键盘手Ian McLagan. 80 年代，酒精和毒品一直是困扰她的主要问题，最糟糕的结果就是与她签约 15 年的Wanner Brothers 公司把她一脚踢开。但是 Raitt 并未因此一蹶不振，她开始为好莱坞写剧本，随着她的酗酒和毒品问题的逐渐摆脱，她以一张回归的专辑《 Nick of Time 》再次复出歌坛，并在当年度的格莱美奖上再次成名。随后专辑成为金唱片，继而成为白金唱片。1990 年，她为John Lee Hooker的专辑《The Healer》创作了几首歌曲。之后，她的专辑《Luck of the Draw》（1991）和《Longing in Their Hearts》(1994）给她带来了更大的成功，获得了多白金的销量，赢得了多项格莱美奖。《Luck of the Draw》中产生了一首令人难以忘怀的歌曲《I Can't Make You Love Me》。Long a critic's darling, singer/guitarist Bonnie Raitt did not begin to win the comparable commercial success due her until the release of the aptly titled 1989 blockbuster Nick of Time; her tenth album, it rocketed her into the mainstream consciousness nearly two decades after she first committed her unique blend of blues, rock, and R&B to vinyl. Born in Burbank, CA, on November 8, 1949, she was the daughter of Broadway star John Raitt, best known for his starring performances in such smashes as Carousel and Pajama Game. After picking up the guitar at the age of 12, Raitt felt an immediate affinity for the blues, and although she went off to attend Radcliffe in 1967, within two years she had dropped out to begin playing the Boston folk and blues club circuit. Signing with noted blues manager Dick Waterman, she was soon performing alongside the likes of idols including Howlin' Wolf, Sippie Wallace, and Mississippi Fred McDowell and in time earned such a strong reputation that she was signed to Warner Bros.Debuting in 1971 with an eponymously titled effort, Raitt immediately emerged as a critical favorite, applauded not only for her soulful vocals and thoughtful song selection but also for her guitar prowess, turning heads as one of the few women to play bottleneck. Her 1972 follow-up, Give It Up, made better use of her eclectic tastes, featuring material by contemporaries like Jackson Browne and Eric Kaz, in addition to a number of R&B chestnuts and even three Raitt originals. 1973's Takin' My Time was much acclaimed, and throughout the middle of the decade she released an LP annually, returning with Streetlights in 1974 and Home Plate a year later. With 1977's Sweet Forgiveness, Raitt scored her first significant pop airplay with her hit cover of the Del Shannon classic "Runaway"; its follow-up, 1979's The Glow, appeared around the same time as a massive all-star anti-nuclear concert at Madison Square Garden mounted by MUSE (Musicians United for Safe Energy), an organization she'd co-founded earlier. Throughout her career, Raitt remained a committed activist, playing hundreds of benefit concerts and working tirelessly on behalf of the Rhythm and Blues Foundation. By the early '80s, however, her own career was in trouble — 1982's Green Light, while greeted with the usual good reviews, again failed to break her to a wide audience, and while beginning work on the follow-up, Warners unceremoniously dropped her. By this time, Raitt was also battling drug and alcohol problems as well; she worked on a few tracks with Prince, but their schedules never aligned and the material went unreleased. Instead, she finally released the patchwork Nine Lives in 1986, her worst-selling effort since her debut. Many had written Raitt off when she teamed with producer Don Was and recorded Nick of Time; seemingly out of the blue, the LP won a handful of Grammys, including Album of the Year, and overnight she was a superstar. 1991's Luck of the Draw was also a smash, yielding the hits "Something to Talk About" and "I Can't Make You Love Me." After 1994's Longing in Their Hearts, Raitt resurfaced in 1998 with Fundamental. Silver Lining appeared in 2002, followed by Souls Alike in 2005, both on Capitol Records. A year later, Bonnie Raitt and Friends was released, featuring guest appearances from Norah Jones and Ben Harper among others.

Longing In Their Hearts - Bonnie Raitt

RUN TO YOU (cover: SEVENTEEN) - X.June李星霖