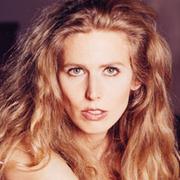 Sophie Ballantine Hawkins is an American singer and songwriter, born 1 November 1967, in Manhattan, New York City, USA. Her biggest hits are “Damn I Wish I Was Your Lover,” “Right Beside You,” and “As I Lay Me Down.”Graduating from the Manhattan School of Music, Hawkins began crafting demos in a friend’s home studio before being recruited as a percussionist for Bryan Ferry in the early 1980s. (She was subsequently fired by Ferry and later claimed that experience as being the catalyst she needed to commit to her songwriting. She wrote “Damn I Wish I Was Your Lover” shortly after.) Her debut album, Tongues and Tails, was released in 1992. It achieved both critical acclaim, earning her a Grammy nomination for Best New Artist in 1993, as well as worldwide commercial success. The single “Damn I Wish I Was Your Lover” went to #5 on the Billboard Hot 100 singles’ chart in the USA. Whaler, her second album, was released in 1994. It also contained a Top 10 hit, the song “As I Lay Me Down.”

Scars To Your Beautiful - Alessia Cara

(To you, Tomorrow) - SUPER JUNIOR-D&E

What Is Your Name? (Feat. SHINDONG) - SUPER JUNIOR-D&E