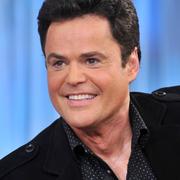 by  Larry LapkaDonny Osmond has had many musical lives. As a very young child, he and his brothers started out as kid singers on The Andy Williams Show. In the late 60s and early 70s, fueled by the success of The Jackson Five, the Osmonds became close teenybopper competitors, with their own slew of hits. Donny was the centerpiece, and he competed with Michael Jackson for the hearts (and dollars) of pre-teens everywhere. Later, he forged a very successful solo career, and still later teamed with sister Marie for a hit TV show. Nonetheless, it took him until 1989 to release his first adult solo record, and tunes like Soldier of Love and Im in It for Love with their George Michael-ish feel brought the former teen idol to the public eye once again. Work on the theatrical stage followed, and although Osmonds recording career again slowed after 1990s Eyes Dont Lie he remained active throughout the decade, most notably enjoying a five-year run as the lead in Joseph and the Amazing Technicolor Dreamcoat. He next made a splash in 1998 with a new daytime talk show co-hosted by sister Marie; that same year, he also released a solo holiday album, Christmas at Home. In 2001 he capitalized on his theatrical career with his release, This is the Moment which featured a contemporary collection of songs from Broadway.

Do You Want Me - Donny Osmond

I Have A Dream - Donny Osmond

Things I do for love - Sunnee杨芸晴